Tier 1: "Getting the Band Together" (Nipmuc High School)

Tier 3: "The Triumphant Return" (The Orpheum) 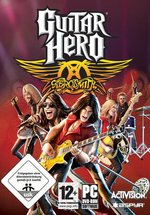